Afavorable atmosphere has been formed in Azerbaijan for all peoples who have lived on this Earth for many years in peace, mutual respect and friendship. One of these is the Jewish people, who have lived side by side with the Azerbaijanis for more than 2,500 years.

Representatives of three Jewish communities live in Azerbaijan: Mountain Jews (concentrated mainly in the village of Krasnaya Sloboda in the Guba region); European Jews or Ashkenazi (in Baku and Sumgait); and Georgian Jews, living mainly in Baku. After the collapse of the Soviet Union, the Mountain Jews became the dominant group of the Jewish population.

Since ancient times, Jews have always been surrounded by the love, care and friendship of Azerbaijanis – while in other countries, Jews were subjected to discrimination and persecution.

In Azerbaijan, by contrast, the state provided Jews with all-around support. After national leader Heydar Aliyev came to power in the 1990s, Jews also started to receive the full support of the state. Today, Jews feel this support under the authority of Azerbaijani President Ilham Aliyev.

The construction of a synagogue for the community of Mountain Jews in March 2011 is a good example. I think it is needless to say that with Jewish schools operating in Baku and Guba, all the necessary conditions for self-realization have been created. Jews have been successfully integrated into the country’s public and political life, along with other segments of social life.

To get a clearer picture of how Jewish citizens of Azerbaijan are surrounded by care and love, and live in peace and harmony, it is enough to go to the village of Krasnaya Sloboda in the Guba region of Azerbaijan. There, the architectural basis of the village is made up of synagogue buildings. Krasnaya Sloboda is a modern settlement consisting mainly of stylish two- and three-story cottages, shops and households among clean and tidy streets.

But in order to fully restore the picture of the distant past, a museum was needed. Steps have already been taken in this direction. Soon, a museum of Mountain Jews will appear on the site of the old Karkhogi Synagogue in the village.

The museum will be created on the initiative of a Russian businessmen from Krasnaya Sloboda, Qod Nisanov, Zarakh Iliev, and German Zakharyaev. Construction of the museum is intensive. In Soviet times, there was a warehouse of agricultural products in the old synagogue, where the museum is currently located.

AFTER THE collapse of the USSR, the synagogue building was abandoned. The creation of the museum will also contribute to the restoration of the house of prayer.

A conference room, a small library and a reserve section of the museum will be created in the basement. The synagogue building is in the shape of a square. It was decided to create two tiers to accommodate as many exhibits as possible. The height of the room is more than five meters.

The purpose of creating the museum is not only to preserve the heritage of the community of Mountain Jews in Krasnaya Sloboda, but of the entire Jewish community in Azerbaijan.

The museum collects exhibits from throughout the Caucasus, especially dictionaries. It was proposed to create in the museum the world’s largest library in the Dzhuri language, which should spur linguistic studies of this unique dialect that is spoken by no more than 100,000 people worldwide.

In the last days of 2018, the village of Krasnaya Sloboda was visited by the Israeli playwright and brother of Israeli Prime Minister Benjamin Netanyahu, Iddo Netanyahu. He said that he was struck by how anxiously and with what care Azerbaijanis relate to the heritage of the Mountain Jews.

He particularly emphasized his satisfaction with the fact that in Azerbaijan, there is such an understanding, as well as friendship between Azerbaijanis and Mountain Jews. During his visit, Iddo Netanyahu also visited two local synagogues.

Currently, the village of Krasnaya Sloboda is a place visited by tourists from Israel, the United States, Russia and many other countries. Interest of tourists in the village is growing from year to year. The Museum of Mountain Jews will be a catalyst for attracting more tourists to Krasnaya Sloboda.

If some Jewish tourists visit the village in order to see a mini-Jerusalem, then from now on, the Jewish guests of our country will have an additional incentive to visit. After all, a museum will be created there, completely dedicated to life, culture, customs and traditions – and the history of the settlement and life of Mountain Jews in Azerbaijan. 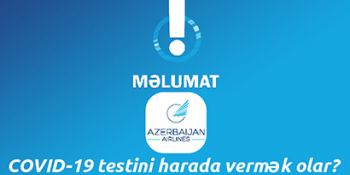 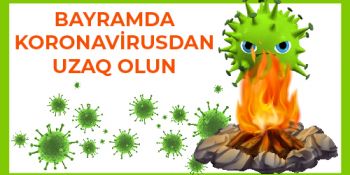 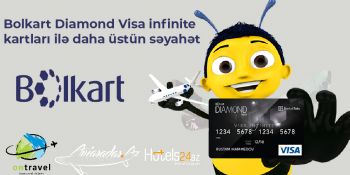